5 Things your Dermatologist Wants You To Know.

Are Parabens Really As Dangerous As People Say??

Over the past few years in the beauty industry, we have all been told that Parabens are bad and cause cancer and that we should avoid them, well I’m here to tell you that isn’t true!

First off what is a paraben and what do they actually do? A paraben is a preservative in the form of something like Methylparaben, Ethylparaben, Propylparaben etc. Parabens are added to cosmetics to extend their shelf lives without a preservative, products would go off and develop bacteria and mould would grow. I don’t know about you but I don’t want a product I paid £50+ to go off within a week because it didn’t have preservatives.

The big scare of parabens came from a 2004 study by P.D Darbre et al where parabens were mistakenly linked to breast cancer when their metabolites (not parabens themselves) were detected in breast cancer tissue samples. The study did not show if parabens were already present in the breast cancer tissue. The parabens might not necessarily have come from the use of cosmetics there is no way to tell as parabens can be found naturally in food like blueberries, strawberries, currants, carrots, and onions.
I like to explain it by saying imagine we found water in cancer cells does that mean water is bad too because its in cancer cells? no, it doesn’t

Due to the backlash from the study caused by the media P.D Dabre then sent featured in the Journal of Applied Toxicology saying that connection the media had drawn between parabens and cancer was wrong she stated that “No claim was made that the presence of parabens had caused the breast cancers.” There are around 60+ studies out there that all in one way or another have demonstrated that parabens are broken down, metabolized and excreted harmlessly by the body.​

But because of the media stirring the pot and fear mongering as they so often do the reputation of parabens was changed forever and now everyone assumes parabens are dangerous.

We even have The American Cancer Society weighing in on the whole parabens controversy and they had come to the conclusion that based on its research findings, that the scientific and medical research does not support a claim that the use of parabens in cosmetics can increase an individual’s risk of developing breast cancer. If you want to find out more you can visit this link to their website.

What tends to worry me the most is that parabens were researched exhaustively, we knew so much about them, what they could and couldn’t do and now because of irresponsible journalists trying to create sensation and fear. In 2019 brands can’t and won’t use parabens now not because they are dangerous but because of public opinion it would be brand suicide to use a paraben as the public could just denounce it and never use it.

Its quite sad because now we have to resort to using newer preservatives that we don’t know much about that havent been researched and studies as much as parabens so this means we dont know the long term effects of these new preservatives are so in essence its become much more of a field of unknown than if we just had kept using parabens.

I find that a lot of the fear and misinformation tends to come from natural “green” brands they use the idea of “no parabens” as a selling point they play on people’s ignorance rather than telling them the truth.

I really appreciate brands like Lush for the fact that they still use parabens in around 66 of their products but no one bats an eye at that and it just shows you people will be angry and stop using something even though they don’t really know why they shouldn’t be using paraben.

Something like this actually happened to me the other day, I was at House of Fraser in Glasgow the other day and the sales assistant for Clarins shows me the new my clarins range. She said it was Paraben free sulfate free etc so I asked her if it doesn’t contain Parabens then what is the preservative and she straight up lied to my face and said there were no preservatives in the product but as you will know that products which contain any amount of water need a preservative as that’s one of the main things that causes a product to go rancid. I told her this that there will be a preservative but she was adamant that there were none and guess what she was wrong I checked the ingredients and lo and behold there were 3 different types of preservatives in the formula.
This is what I can’t stand about some beauty brands the fact they will outright lie to you to sell something that seems natural. Customers need to be more aware of greenwashing!​

Did you believe Parabens were bad?
What do you think about how we are manipulated?
Leave a Comment! 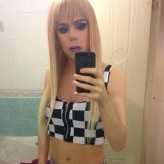